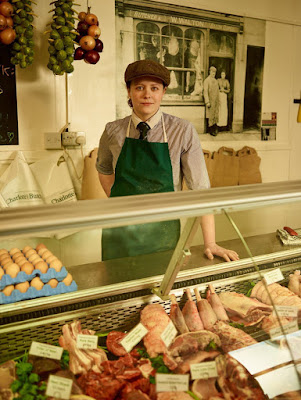 Charlotte grew up in Gosforth and went to Church High school.

Whilst reading Theology in York she got a part time job in a butcher's shop. She then trained to be a butcher with George Payne in Gosforth, Stewart & Co. in Jesmond, O'Shea's of Knightsbridge and Lidgate's in Holland Park. Whilst working the Christmas madness in London in 2012, she discovered AE Hubb's for sale on Ashburton Road, Gosforth - and secured a loan designed for start-ups; she opened Charlotte's Butchery on 18th January 2013. She is still in awe that it happened so quickly. Five years on: she genuinely believes she is the luckiest woman alive; especially after a few gins. 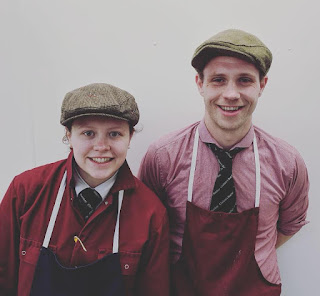 Jamie is Charlotte's brother. He has an eye for retail and zillions of tip top ideas. He is a health and fitness enthusiast and really knows about nutrition and diet plans. Jamie has become a superb butcher and home cook. With a background working for Tesco and a degree in Politics he works incredibly hard and his passion for food is overwhelming.